Liverpool: Long overdue reissue of this long lost Tropicalia gem. Grim buzzing black metal weirdness! Mazes: Seet lilting pop from folks who also do time in the 's the band, not the century! Moloch: Eyehategod style stoner sludge, haevy and brutal and just a little bit groovy. No Neck Blues Band: An lp featuring the soundtrack to their upcoming film. Tribal and tripped out awesome as always. Noveller: Some awesome experimental avant drone guitar explorations from this one woman band. Pig Destroyer: The awesome, previouslty dvd-audio only half hour jam "Natasha", now availble on cd.

Poobah: Rad reissue of a lost gem from these seventies Midwestern hard rockers.

Potop: First full length from these Macedonian sludgelords, fresh off their split with local noisemakers Burmese. Jack Rose: Another disc from one of our favorite guitar players, another darkly delicate twangy slide flecked masterpiece. 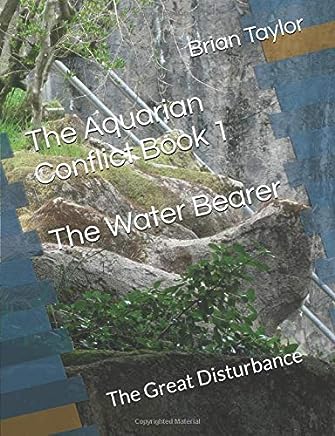 Wooden Shjips: Now on vinyl, the new one from the SF psych sensations! Woods: Now on cd, what we highlighted last list on vinyl.

The Sun in Aquarius and Venus in Pisces

Xasthur: Double vinyl version of the new album, previously only on cassette. Zoroaster: Massive melodic doom from these Southern doomlords. Also plenty more goodies, including some other desirable now-on-vinyl items like Jacaszek, Death, and Blut Aus Nord But first some show stuff and some more ticket giveaways.

We're presenting two more kick ass shows, the details are below: Thurs. Often the guitars sound downright mean, as the angry buzz and hum of 'La Douleur' ebbs and flows before resolving into a more exultant conclusion, while 'When We Were' takes a calmer but no less unsettled tone, the stretched-out howls of feedback feeling like caged animals testing their limits against a buried background growl, before turning into a suddenly free keening charge, as if something had been finally set free. Just send an email to storeaquariusrecords.

Everyone probably knows by now, but we have a blog, and a twitter, and a Myspace page, we post to all three, some more often than others, but if you want to keep up on all the aQ happenings, couldn't hurt to follow all three, in addition to this big beast of a biweekly list. And that's all for now, enjoy the list as always, thanks again for the making this year's Record Store Day so fantastic, and please know that we do appareciate you, our loyal customers and friends, thanks for buying your records at aQ, it means the world, and helps make all this possible.

Have a great weekend, let's get on with this week's list!

How Verizon Media and our partners bring you better ad experiences

What's the big news with us this week? Well, nothing beats having one of the AQ staff jump out of an airplane at 18, feet. That's right, resident AQ daredevil who knew? Cup went skydiving!!!!

The rest of us had to settle for, y'know, listening to music and writing reviews for our excitement this week. Well, Andee went to see a show Torche too which is rare, we'd thought that attending our SXSW thing had filled up his show-going quota for the year and then some.

The two Records Of The Week this week are both on the shoegazey side of things, which we also find exciting We liked the concept, being curious before we'd even heard it, and it turned out to be even better than we were hoping for. And then there's a Record Of The Week sequel of sorts, a second volume of spaced-out singles from '90s UK drug-psych rockers the Telescopes.

Tons of Highlights this time too James Blackshaw: Epic, orchestrated instrumentals, maybe his best and most ambitious album yet. Blank Dogs: A new full-length from this prolific, one-man lo-fi gloom-pop genius! Blue Sabbath Black Cheer: Two different releases from these NW blacknoizemakers, one their first cd of odds and ends , the other an lp made with cement mixers! Cauldron: Quick riffing and catchy, utter old school hesher metal awesomeness from Canada!

Children: Another rad young metal act, from NYC, all about the dual guitar action and thrashy jams.

Alice Coltrane: Relisting the cd edition of her LP we highlighted last time. Current Goes full on psych rock with a curious cast of guest musicians! Ducktails: A tropical tripped out psychedelic, sun dappled batch of lo-fi weirdo pop from this one man band. El-B: COllection of long out of print 12"s from this pre-dubstep electronic music innovator. Emaciator: Some seriously dense and ominous floorcore looped dronemusic, super limited lp.